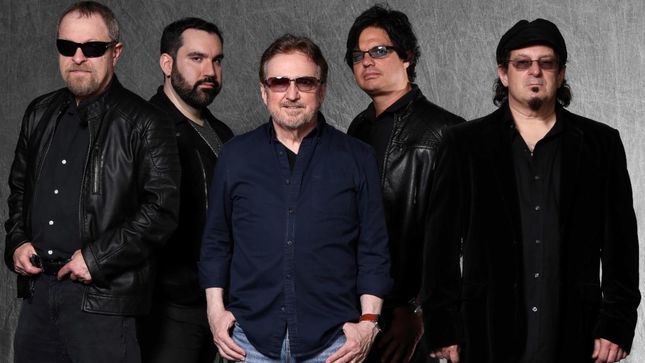 The first run of limited edition color vinyl is sold out, but three new colors have been added. They are selling FAST too, so if you want one, then move fast. Only available from Frontiers' US and EU stores. See link above to pre-order.

As the old saying goes, “good things come to those who wait” and the 14 songs showcased on The Symbol Remains embody that. The BÖC faithful will be delighted given that the band has delivered an extremely inspired album. Ultimately, this sounds like a band looking back at their storied catalog and giving the fans a bit of everything they’ve ever loved about BÖC, while simultaneously continuing to evolve.

"That Was Me"
"Box In My Head"
"Tainted Blood"
"Nightmare Epiphany"
"Edge Of The World"
"The Machine"
"Train True (Lennie’s Song)"
"The Return Of St. Cecilia"
"Stand And Fight"
"Florida Man"
"The Alchemist"
"Secret Road"
"There’s A Crime"
"Fight"

"That Was Me" video: