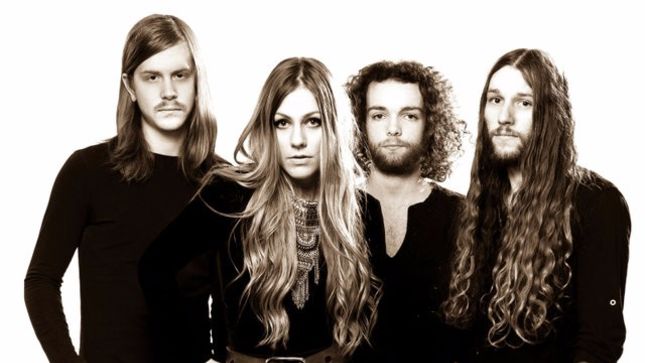 Multi-national newcomer sensation Blues Pills have announced the title of their second album. Lady In Gold is expected to be released during the summer and will contain ten brand new tracks.

Commented singer Elin Larsson on the choice of the album's title: "Lady Gold is a character who symbolizes death. We wanted a twist on the typical stereotype of death being the grim reaper. So instead we made her a lady in gold."

Just as its successful predecessor Lady In Gold was once again produced by Don Alsterberg (Graveyard, Division Of Laura Lee, José González, Jerry Williams). More info to be revealed soon.