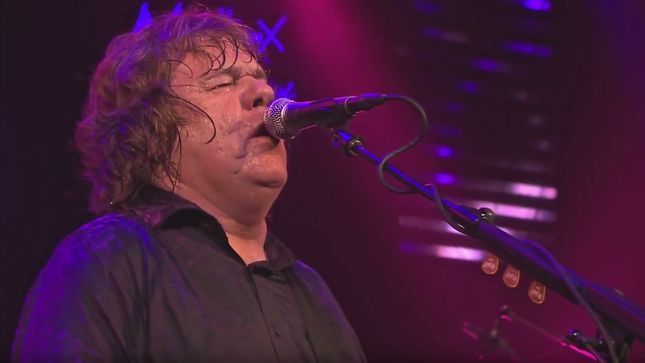 Jimmy Kay and Alan Dixon from Canada's The Metal Voice recently spoke to former Gary Moore, Ozzy Osbourne , Rainbow bassist Bob Daisley about his new tribute album to guitarist Gary Moore, Moore Blues for Gary - A Tribute To Gary Moore, which was released on October 26th via earMusic. Check out the interview below.

Daisley talks about Gary Moore's career, the participants on the Gary Moore tribute album, Moore' preference of Ozzy guitarists, and when Moore turned down Ozzy as his frist choice for  guitarist when Ozzy got fired from Black Sabbath.

On Ozzy wanting Gary Moore as his guitarist prior to Randy Rhoads:

"Ozzy never wanted to replace Randy Rhoads with Gary Moore; Gary Moore was Ozzy's first choice. When Ozzy was in Los Angeles after he got fired from Black Sabbath and he was thinking of putting a band together, his first choice was Gary Moore. Gary didn't want to work with Ozzy because of Ozzy's reputation with drugs and booze, being unreliable and unprofessional. Gary said 'I will help you find a guitarist or if you find a guitarist that you want my opinion on I will help you that way.'"

"One thing I would like to add is that Gary rated Jake E Lee very high. I think Jake E Lee is one of the best guitarists Ozzy ever had."

On his and Lee Kerslake's induction into The Hall of Heavy Metal History Gala on January 23rd, 2019 for their contributions to Ozzy's Blizzard of Ozz and  Diary of a Madman:

"That is great it really puts the icing on the cake. I spoke to Lee last week about it and he is over the moon because Lee is not having a good time at the moment. He has some bad health issues and we don't know how much longer Lee is going to be around. He can go in a few months, we don;t know. So for this to happen for Lee it means a lot for him and it means a lot for me. It's something that's really really nice to have. "