BODOM AFTER MIDNIGHT - Recording Sessions For New Album Complete: "We Might Have Recorded One Cover Song In Our Spare Time..." 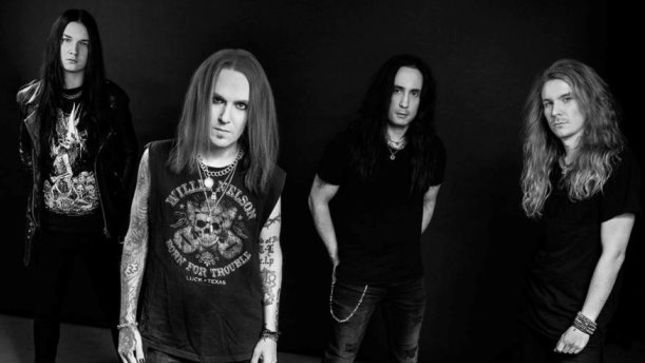 Bodom After Midnight - featuring former Children Of Bodom members Alexi Laiho and Daniel Freyberg - have posted a brief update on Instagram and Facebook saying they have completed the recordings for their debut album. The new material is now ready to be mixed.

A few days ago the band issued the following tease:

"We might have recorded one cover song in our spare time during the last studio session. Any guesses which artist/band we covered?

Well, here's a little bait for you: first one to give us a correct answer on the comments below gets to choose ANY product from our official merch store for free!

Hint: they are our neighbours."

Bodom After Midnight made their live debut on Friday, October 23rd at Rytmikorjaamo in Seinäjoki, Finland. They followed it up with the first of two Helsinki shows on October 24th at Tavastia. Fan-filmed video of the show in its entirety has been uploaded to YouTube in separate clips. A few of them are available below.