BOSTON - Lost In Vegas React To "Foreplay / Long Time": "It Reminds Me Of RUSH, And That's A Good Thing" 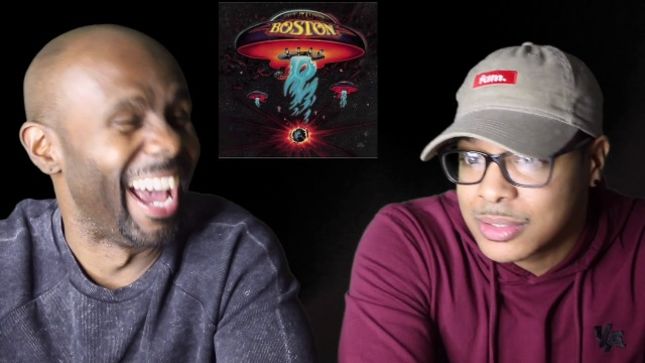 Ryan and George at Lost In Vegas continue to branch out into the world of classic rock, taking on Boston's "Foreplay / Long Time" in a new unbiased reaction / review below.

"Forty years ago, the sweltering summer 1978, the band Boston was a major player in a drama playing out in Memphis TN. The band’s debut Boston two years earlier had by August sold seven million copies on its way to becoming the top selling debut ever (now over 17 million ), and the follow-up Don’t Look Back was being rush released to North American rock radio stations.

"Boston, led by guitarist/composer Tom Scholz, was barely two years from playing Beantown roller rinks and armouries, but now their third date on the headline Don’t Look Back tour was set for August 15 in Memphis’ 10,000 seat Mid South Coliseum in the birthplace of rock and roll.

"A few days earlier I had moved to the sweltering city in wilting 100 degree heat and 90% humidity to join the newbie ROCK 103, just as tens of thousands were arriving there from all over the world to mark the first anniversary of the death of Elvis Presley. Meanwhile in a wage and benefit dispute with the city, the Memphis Police had gone on strike, and the day of the scheduled Boston concert, 1400 firefighters walked out."

Read more and listen to the new episode at inthestudio.net.