BOURBON HOUSE - New Album, Into The Red, Due Later This Month 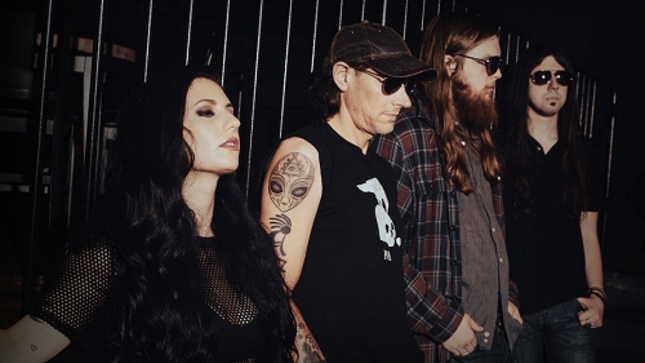 Bourbon House has announced October 22nd as the release date of their new album, Into The Red. This new album will be released by PACgroove Records and distributed worldwide by The Orchard (Sony.)

Into The Red is Bourbon House's third studio album, and a blend of harder rock with their familiar blues-rock edge. Integrating grooves, heavy riffs and soulful ballads, this ten-track album is a dynamic culmination of Bourbon House’s blood, sweat and tears. Into The Red features the previous singles: “Devil On My Heels”, “Too High To Care”, “6000 Miles”, and “Dead In The Water”, along with six previously unreleased tracks.

"We really should've called this album Three, or something along those lines," says voca;list Lacey Crowe. "It's three years in the making, recorded at three different studios, and it's our third album. But all of that time allowed us to grow up, hone in on who we are as a band and develop new, professional relationships to help push us forward."

Pre-order Into The Red now at this location.

"Dead In The Water":

"Devil On My Heels":