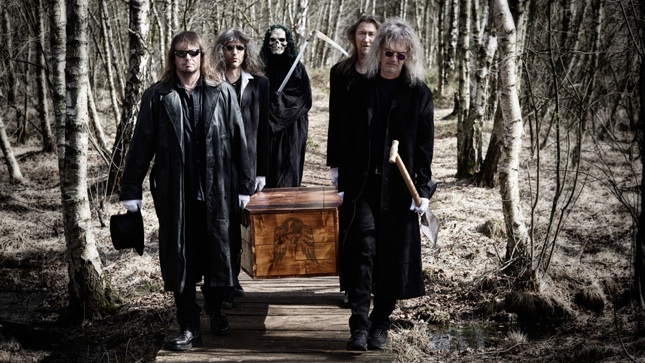 “This time I wanted to add more in the direction of Heavy Metal Breakdown and Witch Hunter,” Chris Boltendahl told BraveWords’ Kelley Simms back in July. A timeless heavy metal sound with cool guitar riffs and good choruses. This is for fans of good heavy metal songs and I think we’ve reached our goal because after one or two times listening, you can shout every song on the new album. Something that makes your fist pump up in the air.“

“On the new album, there are a lot of different topics”, Boltendahl continued. “I drive a lot in Germany and we have some laws. I drive very slow and calm in traffic. When I’m on the highway (the infamous Autobahn), I go 120 kilometers (75 mph). But there are some people who are driving 220 kilometers (137.5 mph), who are flashing their lights at you. (This inspired) some of the lyrics I wrote for the song “Road Rage Killer” for example. If you’re watching the TV everyday, you see Nigeria, Afghanistan, all the war and dying people. And that is where I put my impressions and ideas into songs like “Wargod.” You can refer to modern metal acts singing about social situations, but I put my impressions what I have for today and I put it in a special story with my lyrics to the people to show them, ‘Hey, will you stop this?’ It’s really also entertainment and we are not a political band. We are a metal band who want to entertain people.”