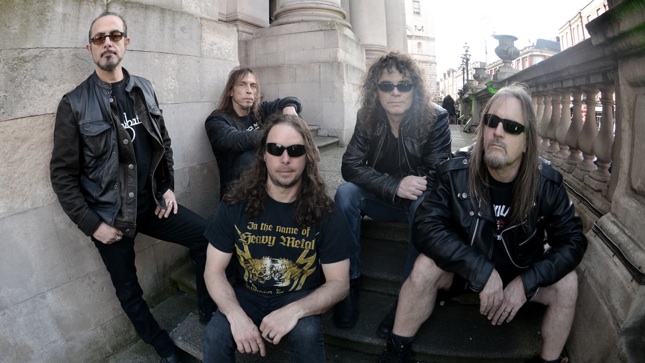 BraveWords scribe Carl Begai asked Overkill frontman Bobby "Blitz" Ellsworth a very pointed question in July while he was promoting the band's latest thrash-terpiece: will he ever slow down? The beloved New Jerseyites having released albums consistently since 1985 with no more than a three year gap between them.

"Overkill is this physical-chemical element made up of a lot of thrash, some rock n' roll and some traditional heavy metal," Blitz continued. "I can hear a bunch of that on this record, and I always think at the end of the day that we went around the block again which is the right way to do it, to bring out all those influences. Basically, the thinking was if we do what we do best we're probably going to have something that's relevant in 2014."
Read more at BraveWords.