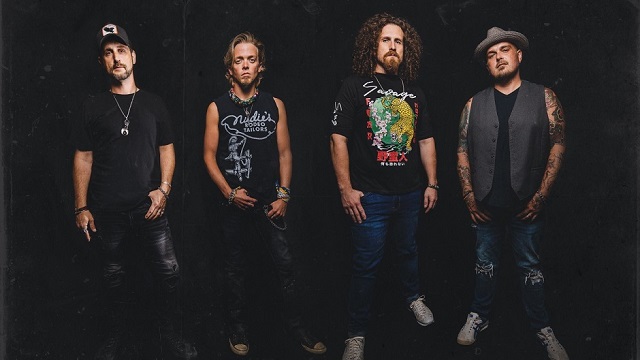 Southern rockers Black Stone Cherry have reveled in strong consistency since their self-titled debut was released 14 years ago. 2020’s The Human Condition is no exception with sturdy songwriting right in their comfort zone. The music is like a wonderful home cooked meal that is impossible to replicate. BSC was fortunately able to record the music before the COVID-19 lockdowns hit and the result is one of the best albums of their career and is a worthy inclusion on our countdown.

An excerpt of a BraveWords feature: The cohesiveness on The Human Condition is remarkable, especially considering the fact that Black Stone Cherry went into the studio with four songs, wrote some new ones, and dusted off a few old favorites that have been kicking around and never made it onto previous albums. Which songs fall where? When listening, you cannot tell what’s five years old, as opposed to what’s five weeks old. “I appreciate you saying that,” says guitarist Ben Wells. “The song ‘Again’, the majority of that was written in the studio. There was one part of that song, in the bridge, that had belonged to a song we had written in 2007. It was a cool song, we planned on recording that old song for the album, but then when it came time… because it was one of the later ones we did, we weren’t sold on it. You have to be that way when you’re looking at these songs. You can’t just say, ‘We like the song, let’s re-record it.’ If it doesn’t stand up, we’re not going to do it; but we liked the bridge part. So, essentially, we wrote a brand new song around that, right there in the studio. All the lyrics and the riff were written right there. That was super cool because it was super fresh.”