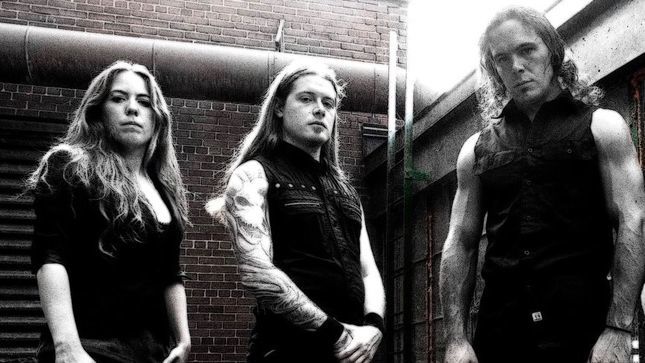 As the old saying goes, “good things come to those who wait.” For Blackguard fans, the gap between new releases was arduous, but the clouds brewed up something wicked with Storm. A hallmark release from the Montreal folk/melodic death metallers, Storm’s third record is a definitive statement from the squad that they are here to stay and are also on top of their game.

“I guess you can boil it down to a series of unfortunate events for the most part,” says frontman Paul “Ablaze” Zinay of what he concedes was a mind-boggling delay. “We started writing the album in 2012, and it probably should have come out in 2013 or 2014. When 2013 came around we were starting to feel burnt out at that point because we were so stupid; we toured way too fucking much in North America and just ended up killing ourselves. The last tour we did was Finntroll in 2013, and nobody actually said it at first, but there was the feeling within the band that it was going to be our last tour for a long time. We didn’t have a conversation but the writing was on the wall; we didn’t want this anymore. We can’t blame anybody but ourselves for that because at the end of the day we said yes to going out as much as we did. We should have said no, but what’s the saying? ‘The road to hell is paved with good intentions.'”

“As I mentioned, going back and listening to those songs after not hearing them for so long – and realizing we have this fucking amazing album – there’s a part of me that wishes we hadn’t burned ourselves out. If we were still a touring unit and put this out on a label, I feel that it could have done something significant. Maybe that’s just wishful thinking, but I think it’s a melodic death metal record that stands amongst any of our peers on the international scene. For me, everything is top notch on Storm.”