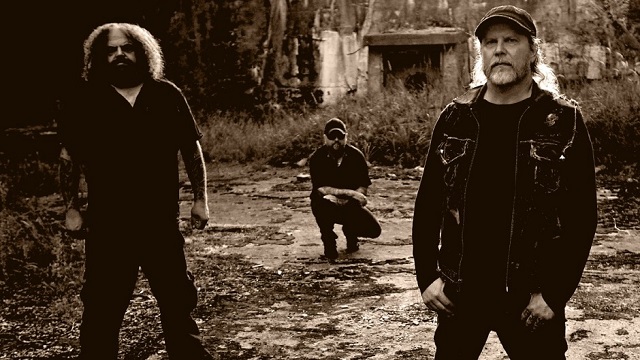 Well worth the wait! The merging of forces from Dimmu Borgir, Morgoth, Nile, Susperia, and Napalm Death issued their second album a full 10 years after their debut! Rather than opening the book to infinite possibilities, the beast kept their potion simple with speedy, classic sounding death metal. Led by Dimmu’s Silenoz, After Death is full of life with excellently crafted, old-school sounding death metal. Raging blastbeats are still thrown in from time to time to remind of the ferocity their capable of and it leads to one of the best albums of 2020 and begins the top 5 of our countdown.

An excerpt of a BraveWords feature:

Given that Insidious Disease was locked away for a decade, fans may be left with impression that Silenoz, Grewe and Co. were content with getting back to work if and when they had nothing better to do. Not so, says Silenoz.

"The thing is, the debut album just kind of got buried because we were eager to start touring and promoting it, and things just hit an anti-climax because I got busy with Dimmu. There was never a reason as to why we shouldn't tour, but it just didn't take off. I think we could have worked harder on that end, but we always wanted to have Insidious Disease and not my solo project. We want to do everything to promote this new album."

Silenoz acknowledges that, as with anything you leave lying around too long, things can get stale, including music, and this was something Insidious Disease was lucky enough to avoid even though it took years to solidify the song ideas.

"That's a trick when you're working on and off with songs that you don't really have a deadline for recording," he says. "It's difficult and challenging in the sense that when you've done the song and you listen back to it two months later, you might want to change some things. If you start going down that rabbit hole you'll never get finished. We put it on the shelf once it was written, we recorded everything ourselves here in Norway, and we had Russ Russell mix and master it in England. It's been ready for a couple years but there were delays, then negotiating with the label, so it really feels good to finally have it out."