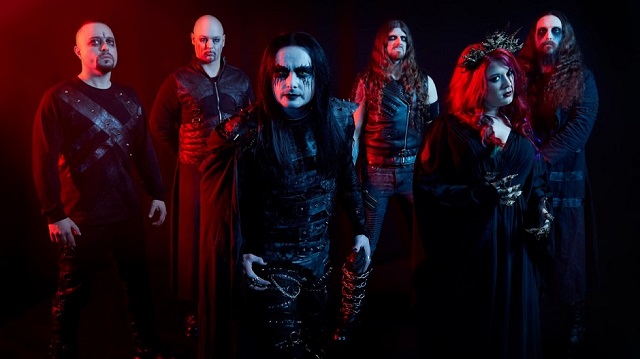 As the world continues to battle a virus, we present the ultimate escape! It is time to celebrate our BravePicks 2021! Heavy metal is the ultimate diversion, so let's let the music do the talking. It is time to unveil our annual BravePicks countdown, where the devout scribes at BraveWords cast their votes at the hits and misses of the year! So who will be our #1? You’ll find out as we count down the BravePick Of 2021 each day in December!

Everybody has an opinion and it’s time for ours! And stay tuned in January for the writers’ individual Top 20s (new studio albums ONLY), Top 5 Brave Embarrassments (a fan favorite!), What/Who Needs To Stop In 2022? and Metal Predictions For 2022. All will be showcased come the New Year!

The masters of blackened theatricality are back at it again with a calamitous title, but one fitting of the music therein. Existence Is Futile is Cradle Of Filth at their best by as it combines bombastic symphonics with blasting extreme metal. Dani Filth and the rest of the filthy show their powerful efforts with flamboyant songwriting evoking the extremity of black, death, and thrash metal. Cradle Of Filth is at the top of their game with Existence Is Futile as it takes the #24 spot on our list.

BraveWords spoke to frontman Dani Filth in a feature interview; an excerpt below:

Existence Is Futile is a wonderful album title, yet it’s not the name of a song. How did that become the title of the 13th Cradle Of Filth studio album? “Well, mainly because having played so many sprawling metropolises during the course of that three-year world tour, it felt like the world was being over-run, over-populated, over-poisoned, etc. There was something about the hedonism of being on tour, versus that feeling. It felt like we were feeding off it, as the majority of people are. With playing Australia, Japan, then all the way down to the bottom of South America – our carbon footprint seemed enormous. So, I was thinking about that, and existentialism in general, having a bit of a long, dark night of the soul. At some point, self-realization, questioning… then the whole fear of the way the planet’s going. Lo and behold, a few months after finishing the record, a pandemic blows up. In the scheme of things, it’s pretty big, but it’s not Armageddon. I’m sure there’s plenty of things worse around the corner. So, all that conspired to make me write something that was a little bit more modern. Obviously, the lyricism is still very classic, and written in a certain style. There’s no mention of skyscrapers or Corvettes. But it’s certainly a more modern looking outtake, considering if you go two albums back to Hammer Of The Witches – middle ages, 15th, 16th century. Then, Cryptoriana, which is obviously about the dark underbelly of the Victorian age. It just felt right that we stepped into this point and didn’t go overboard and do an album about space,” laughs Dani. “I’d love to do an album about space invasion, but I really don’t think that’s relevant to Cradle.”

Speaking of lyricism, the song “Existential Terror” contains one of the most bold and pronounced lines on the whole album: “Time to embrace the inevitable, we’re all going to fucking die!” That would look great on the back of a Cradle t-shirt. “Well, it’s funny you should say that,” chuckles Dani. “I would say the album is more direct and to the point. We definitely, musically, wanted to recreate the sound we were getting live. We’ve assimilated a really ace crew – or Crewdle Of Filth. We wanted to bring that across, having done three years touring, we wanted to bring that feeling to the album. I think that’s why it sounds so natural. We did a bit of experimenting, we tried to cut the wheat from the chaff as well. Not too many guitar tracks, not overdoing it on the keyboard tracks. Because what’s the point of having 56 tracks when you can only hear 24 of them? All it is, is clutter for the ears. That was one thing that being very self-analytical about the record afforded us as well.”