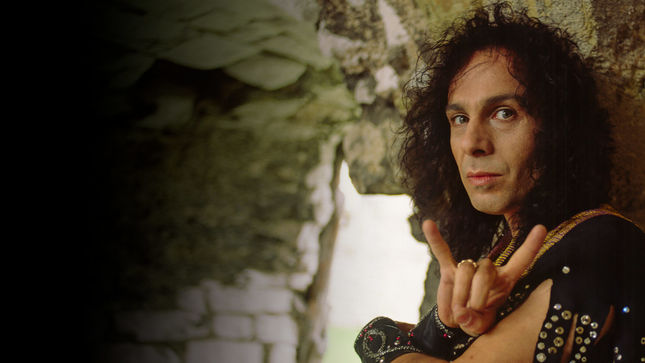 BraveWords can proudly announce that the first Streaming For Vengeance show - which officially launches this Saturday, July 11th - will benefit the Ronnie James Dio Stand Up And Shout Cancer Fund. Ronnie James Dio, the world-renowned voice behind such iconic heavy metal bands as Black Sabbath, Rainbow, Heaven and Hell and his own band, Dio, valiantly battled gastric cancer for some six months after a devastating terminal diagnosis. This past May 16th marked 10 years since the tragic death of Ronnie James Dio. The Dio Cancer Fund, created in his memory, has made it its mission to help eradicate this disease through education and by association with ground-breaking research into early detection. As Dio Cancer Fund’s Founder/President Wendy Dio regularly says: “Early detection saves lives.”

To donate to the Ronnie James Dio Stand Up And Shout Cancer Fund visit this location.

About Frost Coalition: “When Jack Frost decided to put together an all star band he pulled out all the stops. Recruiting his close friends, current and former bandmates, and rock royalty. The result is Frost Coalition. Frost Coalition is comprised of metal stars and industry pros who get together to pay tribute to the great artists and songs that have inspired them individually. Their love and reverence for these hard rock classics is evident every time they hit the stage together and tear into song after song with sheer intensity and high energy."

Stay tuned for more information about this exciting performance!