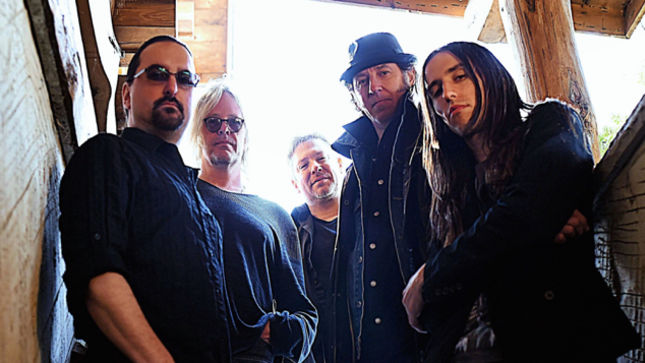 Hot on the heels of the video for the song "No Pity On The Highway" and the release of their full-length self-titled album, Radio Exile has a new video ready to go for the song "Soulfire". Overseen by the same director that worked with the band on their earlier clip, Adam Gendler, "Soulfire" was filmed at Roxy & Dukes, and Ricky Syers Art Works (to capture the vaudeville setting the band was looking for). BraveWords is setting the rocking soul on fire with the premier of the video. Check it out!

Chandler: "With 'Soulfire,' we decided to pull from everyone's imagination. It's a combination of almost everyone's input, but running a common Vaudevillian theme. 'Soulfire' is a feel-good, straight ahead rocker and it lends itself to going in a lot of directions conceptually, so we wanted to do something different with it."

Charlie: "It's a typical love story, maybe with a little twist. Boy meets girl, boy gets heart ripped out, and then they live happily ever after. All done with an interesting cast of live entertainers, and not so live entertainers. Oh, and wait until you see the killer band!"

“High Road, High Price”
“Soulfire”
“No Pity On The Highway”
“Feels Like Home”
“Higher Than The Sun”
“Hang On”
“Starting Over”
“Down In A Hole”
“A Cross On Stone”
“Road To Exile”