BraveWords Preview: AMARANTHE Manager ANGELA GOSSOW Talks "Do Or Die" Single / Video - "I Wanted To Get The Band's Edge Back" 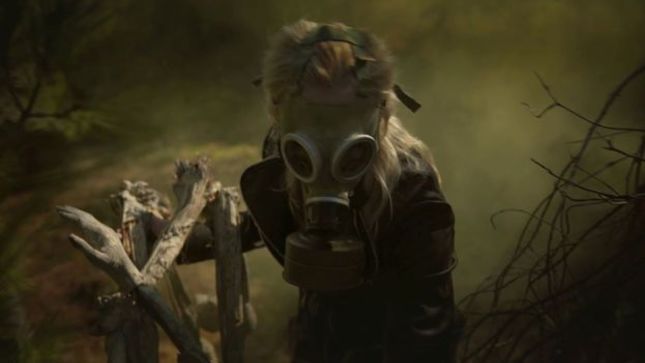 BraveWords recently spoke exclusively with Amaranthe guitarist Olof Mörck, vocalist Elize Ryd, and manager Angela Gossow (ex-Arch Enemy) about the band's new album, Manifest. During the interview we discussed the single and video "Do Or Die", which was released back in February, months before Manifest was recorded, and featured Gossow on guest vocals. Following is an excerpt from the chat.

Angela: "I think it was my idea. I picked up Amaranthe at the end of 2018 and we discussed how we could break through this... every band gets into a routine with their albums after a while; the look, the image, and I felt they were a little bit stuck. A little bit too pretty, a little too predictable, and we felt the edge was missing. I wanted to get the band's edge back and thought it would be a good idea to do something completely out of the ordinary. Now that I'm out of the actual band life I've become a cult (laughs). I'm old school and one of the first women to do the growling vocals in metal, and Amaranthe is a new school band mixing and matching lots of different styles. 'Do Or Die' offers a different angle of the band and gives them a credibility people missed up to that point. There is some real metal credibility in there, and it's very easy to bring that out if you have a collaboration like that."

Watch for the complete story, coming exclusively to BraveWords soon.