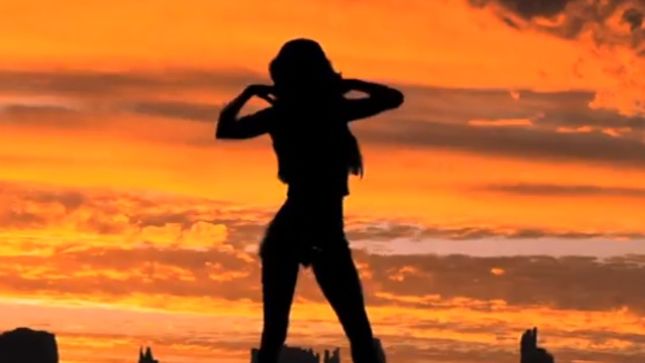 Poison singer Bret Michaels’ has released the fan jam appreciation version of the “Girls On Bars” video below:

Michaels’ video for his “summertime party anthem” “Girls On Bars” can be viewed below (restricted to some territories). The song is pulled from his new album, True Grit, due out May 5th, via Poor Boy Records. “Girls On Bars” co-written with Grammy award winning songwriter of the year, Luke Laird. The song has been dubbed the summer feelgood song of 2015 and is loaded with rock - country crossover potential.

Michaels is a longtime fan of country music and True Grit takes him back to his roots. “The first music I listened to growing up was my dad playing country music,” Michaels tells Billboard. “He played pedal steel guitar and I played harmonica. The harmonica was the first instrument I ever learned to play. Then I gravitated towards the guitar and the piano. I just really loved great songs and country music has great songs.”

True Grit features guest appearances by Jimmy Buffett, Lynyrd Skynyrd’s Gary Rossington and Rickey Medlocke, Rascal Flatts and Loretta Lynn, who has become good friends with Michaels. “True Grit is an entire history of where I’ve been. It’s my past, my present, and my future,” Michaels says of the 21-track collection which includes new songs as well as such Poison classics as “Nothin’ But a Good Time,” “Something to Believe In” and “Every Rose Has It’s Thorn.”  “We’ve got Loretta Lynn singing on ‘Every Rose Has It’s Thorn.’  We recorded it on her ranch outside of Nashville and she nailed it.”