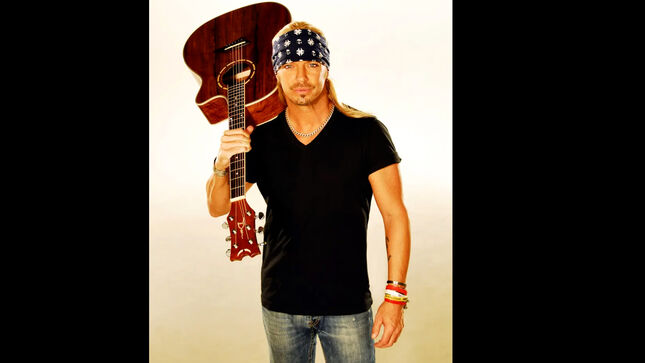 Leading global entertainment, talent and sports company UTA is proud to announce the signing of multi-platinum musician, entrepreneur and philanthropist Bret Michaels. UTA will represent the influential artist worldwide in all areas.

“Bret Michaels is a true multi-hyphenate. From music and branding, to sports and reality TV he brings 1000% to all his business endeavors and we are honored to welcome him to our roster,” said David Zedeck, Partner and Co-Head of Global Music. “Bret is an enduring superstar whose impact on the entertainment landscape has continuously grown and remained relevant throughout his career. We are excited to work with him as he continues to expand his Michaels Entertainment Group Inc. businesses across various verticals, and we look forward to creating a bold new chapter together.”

Michaels added, “I am honored and excited to sign and partner with UTA.  Their forward thinking, big picture vision, work ethic and energy is the perfect match for my have fun and get it done, bet on yourself mentality.”

Making a strident impact across music, television, and pop culture, Michaels stands out as an iconic songwriter, performer, and business magnate which also includes real estate, speaking engagements and numerous successful branding partnerships throughout his illustrious career spanning over three generations.  He has over 100 million records, digital singles and streams worldwide, notched numerous Top 10 singles including the #1 crossover hit, “Every Rose Has Its Thorn,” and sold millions of tickets worldwide. Most recently, he is headlining his solo sold out Nothing But a Good Vibe Tour, continuing to sell out major festivals coast-to-coast this year and into 2022 where he will embark on the worldwide stadium tour.  Paramount Plus has also devoted a new episode of Behind The Music to him where he airs alongside peers such as Jennifer Lopez.  He is currently about to film a documentary of his life based on his first autobiography entitled Auto-Scrap-Ography:  Volume 1 and is in negotiations with two major studios on a brand-new reality show. Michaels will be the face of the world-famous Barrett-Jackson collector car auction this January and will launch his newest show Drivia in the fall.  Previously, he won the third season of the hit NBC reality competition series The Celebrity Apprentice, where he was voted the fan favourite apprentice and real-life entrepreneur. Michaels has headlined his own record-breaking smash VH1 show Rock of Love with Bret Michaels, and starred in the VH1 documentary series Bret Michaels: Life As I Know It amongst numerous other record-breaking shows. He was also twice named “Humanitarian of the Year” for his philanthropic endeavours, was recently voted the world college radio ambassador where he personally donated $10,000.00 to improve the college radio experience for students, and is the proud son of a U.S. Veteran.

Additionally, Michaels – a life-long type 1 diabetic – moved the gage helping to pass California bill SB97, putting diabetes education in schools, created a “no free looks” policy to contractually protect artists from unscrupulous ticketing and even helped create a federal injunction, along with attorney Ed McPherson, against the unlawful use of artists’ image and likeness relating to intellectual property rights.

Michaels is a passionate humanitarian and philanthropist. His Life Rocks Foundation supports organizations such as the ADA National Network for Americans with disabilities; JDRF, the world’s largest nonprofit funder of type 1 diabetes research; St. Jude Children’s Research Hospital, Veteran and Pet causes and many more. Michaels most recently partnered with Arizona’s HonorHealth Foundation to create an auction benefiting front-line healthcare workers and built a hospitality room at St. Joseph Barrows hospital for patients and their families during recovery where Michaels underwent surgery for a life-threatening brain hemorrhage and heart operation. Bret’s oldest daughter, Raine Elizabeth is a Sports Illustrated swimsuit model and university student and his youngest daughter Jorja Bleu, has recently photographed with world-renowned photographer Jim Jordan and helped to co-write Bret’s current single “Unbroken,” which is dedicated to facing all adversity.

Michaels continues to be represented solo by Bruce Flohr and Coran Capshaw at Red Light Management and Janna Elias at Michaels Entertainment Group. Bruce Flohr and Janna Elias jointly state, “Bret has a truly unique creative energy, undeniable passion for all project, continuously bets on himself and forms incredible partnerships. He is a leader that can listen and lives in the here and now. We are excited to be in talks for The Bret Michaels Show in which he does a deep dive on music and sports, discusses the unbroken fighting spirit that drives all of us as well as the crossroads including, discussion of his own namesake stage and sports injuries in which Michaels self – entitled ‘headbangers neck’."