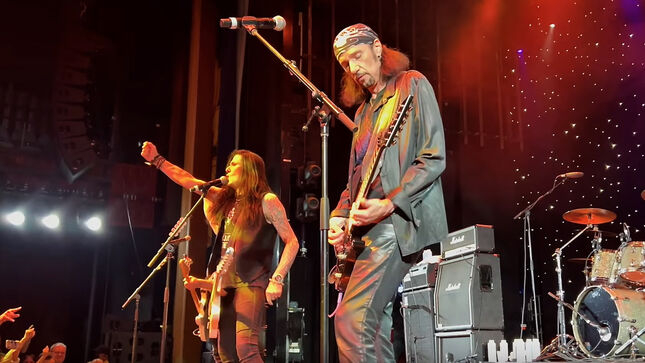 Today he releases "Tears Are Falling" from the show, which can be viewed below. A message states: "Another great song from Asylum LP, and never played live by KISS. It's a fan favorite."

"December 30th, I will be live at Vamp'd in Las Vegas with my amazing KKX band," states a recent message from Bruce. "Todd Kerns, Brent Fitz and Zach Throne will join me for an exciting set of music. Tickets are on sale, and VIP packages are limited, so visit the links on my site. It will be a special Bruce Kulick set of great music!"