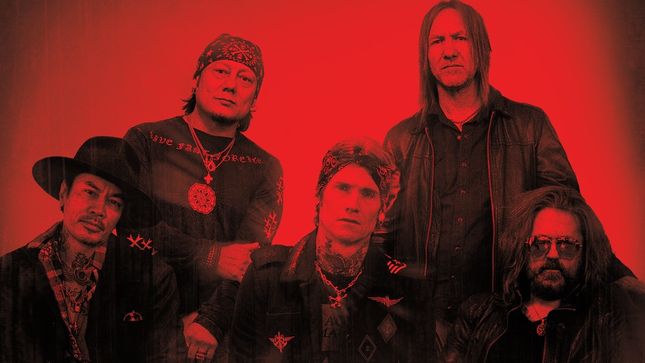 As with most touring artists, Buckcherry's 2020 touring plans were upended in March with the onset of the coronavirus. The band was forced to postpone or cancel close to 75 shows.

On November 11 at 5PM EST, the band will premiere a live show in partnership with the streaming platform LiveXLive Media.

The 75-minute show features songs from across the band's 21-year career. The stream will be available for an additional 48 hours for video on demand.

Tickets for the stream are $10 with an optional VIP bundle featuring a personal virtual call with vocalist Josh Todd and guitarist Stevie Dacanay for $60.

Tickets can be preordered here.

The band will be heading to Nashville at the end of October to begin recording the follow up to the 2019 release Warpaint. The album will be produced by Marti Frederiksen, who also produced the album Black Butterfly.The album is scheduled for a mid-2021 release.