CADAVER Share Music Video For New Single "Years Of Nothing" 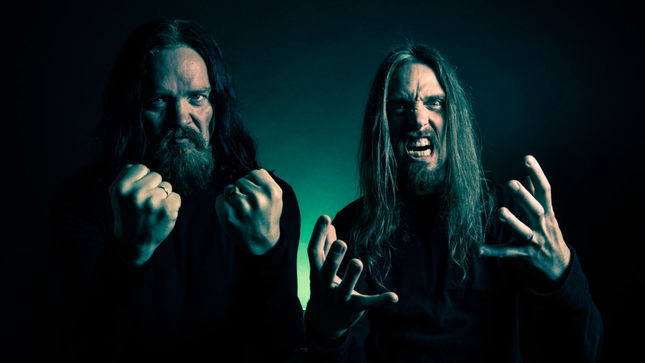 Back with a vengeance and hell-bent on destruction, Norwegian death metallers, Cadaver, are back in business and ready to reign. Edder & Bile, the first full length from this band’s new incarnation of Anders Odden’s original, extreme metal vision, was unleashed unto the world in November of 2020 via Nuclear Blast Records.

Today, the band releases the music video for "Years Of Nothing", which can be viewed below.

Anders Odden comments, "The release of ‘Years Of Nothing’ symbolizes the 2 years we have gone through just now with the most boring end of the world ever. It is also the last Covid-19 styled video we will make. When the world closed down musicians started to jam across the continents and do these split-screen videos from their studio. It’s exactly how we did this. Writing this comment on tour with sold-out shows with MAYHEM right now feels great. May the pandemic be behind us.”

Edder & Bile was produced by the band as well as Adair Daufembach who also handled the engineering. The album was recorded and mixed at Northwood Sound Studios in Hollywood, CA. The album features vocal cameos from death metal icons Kam Lee (Massacre) and Jeff Becerra (Possessed) ensuring that this crushing rebirth has underground credentials to spare. The photo for the artwork was taken by Hannah Verbeuren and the layout was created by Justin Bartlett.