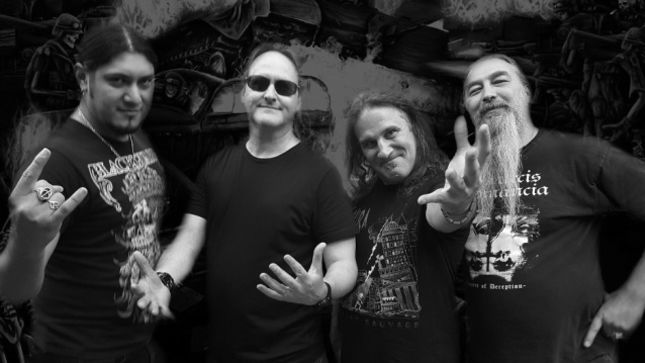 Canadian legends Entropy first hit the metal scene in the late 80s and 30 years later they are still melting faces, this time with Force Convergence. This will be the fourth album from the band, and they describe it as their best album yet and it's a cinematic type experience. Entropy shares the premise being the concept album:

“We wanted to bring metal fans a sci-fi horror experience with the album story. The lyrical inspiration is from bands like Rush, Queensryche, Voivod, Iron Maiden, and also from films like Aliens, Predator, War Of The World’s, Independence Day, Invasion Of The Body Snatchers. There is also a sprinkle of war scene themes throughout the story, like Apocalypse Now, Platoon, and Starship Troopers, mixed in for fun.”

The story-driven, progressive thrash metal album has been getting excellent reviews from the people who have had a chance to listen to it early, this is the album that everyone wants!

So far, all the Entropy albums have a different feel to them, and this new one is also forging its own path. Force Convergence is a 30-minute metal rip-ride! It is a creative and fun album that flows with power, melody, aggressiveness, and meaning.

With an original and eclectic sound that is 30 years in the making, Entropy is suitable for all metalheads especially those who enjoy Slayer, Pantera, and Iron Maiden.

Force Convergence was released on August 28th, and to celebrate Entropy has released a lyric video for "Ripzone". Check it out below.