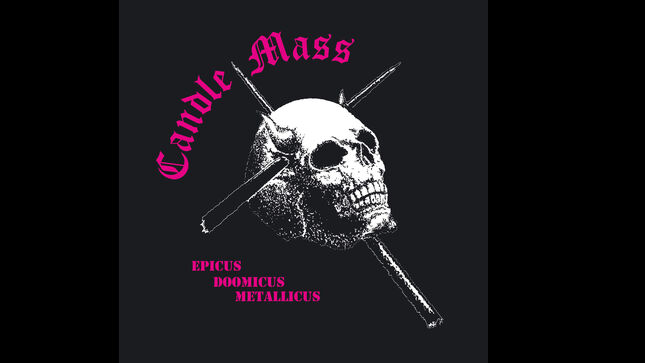 Candlemass was formed by bassist and songwriter Leif Edling in Stockholm, Sweden in 1984, and is well known for its epic doom metal, having a great influence over a generation of the genre's subsequent greats - Candlemass themselves taking a large influence from Black Sabbath.

Epicus Doomicus Metallicus is a true genre classic, with every track a monument of timeless and finely crafted doom. This is one of the quintessential, definitive doom metal releases, immortalizing the band in the annals of music history & creating the foundations of a legacy spanning over thirty-five years.

Going against the grain of bands at the time using speed to bolster their metal with the ongoing rise of thrash in Europe and the US, Candlemass eschewed this direction, and formed a phenomenon of their own through the latter part of the decade and beyond with their slow & spellbinding atmospherics. Epicus… was recorded at Thunderload Studios in 1986 and was released later that same year, with the grand and inspiring vocals for the debut handled by Johan Längqvist.

“Epicus was our first, and perhaps also the best. I have no clue what we did there in the studio deep under the Stockholm subway, but some sort of magic was created. This is a record I would gladly be buried with!” - Leif Edling

Now, marking 35 years of the iconic debut, this Candlemas endorsed, deluxe triple vinyl release includes a new remastered version of the album itself, as well as a collection of Candlemass’ essential 1985 recordings preceding the Epicus… session, in the form of the Witchcraft demo plus the OAL studio recordings, & completed by the band’s Upplands Väsby rehearsal from November of 1985.

Each vinyl is presented with its own sleeve, with the Epicus Doomicus Metallicus LP containing a layout closely reflecting the original edition, with images used on its initial pressings. The set also includes an 8-page 12” booklet with images from the era and accompanying text, plus A2 poster, as well as a handwritten letter print from founder Leif Edling. 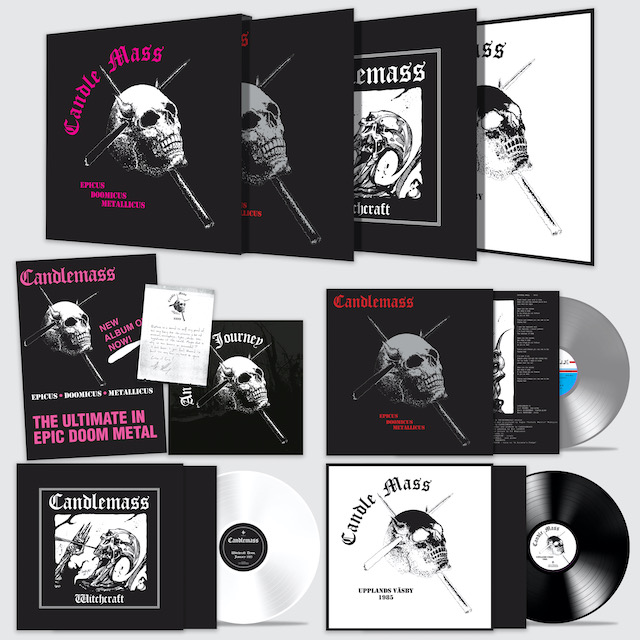