CARMINE APPICE Discusses Working With SUZI QUATRO - "I'm Looking Forward To Playing On Her Record, I Always Loved Her, I Thought She Was A Rebel"; Video 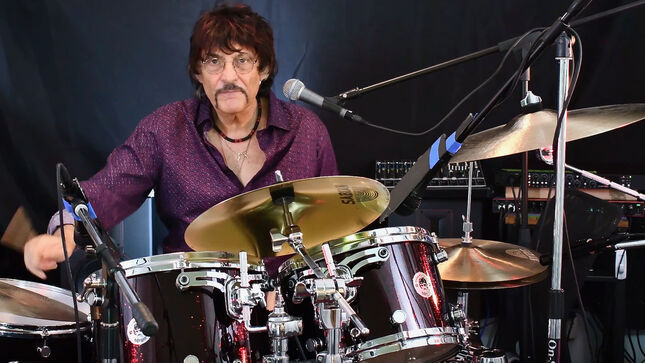 In an extended interview, Carmine Appice (Vanilla Fudge, Cactus, Beck Bogert Appice, Rod Stewart) spoke to Vintage Rock Pod about his incredible career, telling stories of fist fights with Black Sabbath, taking a young John Bonham under his wing when Led Zeppelin first toured the US, how shy Jeff Beck was, the crazy situation with Ozzy and Sharon Osbourne, his time with Rod Stewart and his new work with The Appice Perdomo Project.

He also spoke about previously unreleased material with Jeff Beck that could hopefully be set for release and on new collaborations with Suzi Quatro.

On an unreleased live album, hopefully set for 2022 release, Carmine reveals: "We actually have a live BBA (Beck Bogert Appice) record supposedly coming out shortly, I don’t know exactly when. Live, 1974 at the London Rainbow and it has 7 new songs and 3 of the old songs on it. It sounds really good, I mixed it with Jeff Beck’s engineer a couple of years ago. His manager is putting together a deal, I don’t know what’s taking him so long, maybe they’re waiting ‘til next year when its the 50th anniversary of when we got together originally. I don’t know, maybe they’re waiting for that. I figure they’re English they’re slower than we are."

On working with Suzi Quatro, Appice says: "I have a show called Hanging And Banging with my brother every Thursday night, we have rock people on and we had Suzi Quatro on. So the next day Suzi was emailing me and she asked me if I would play on her next album - I said, 'Yeah that would be great' - because I know her from the old days from the (Jeff) Beck and Rod Stewart days.

So we sent her the stuff and we’ll see where it goes and I'm looking forward to playing on her record, I always loved her, I thought she was a rebel."