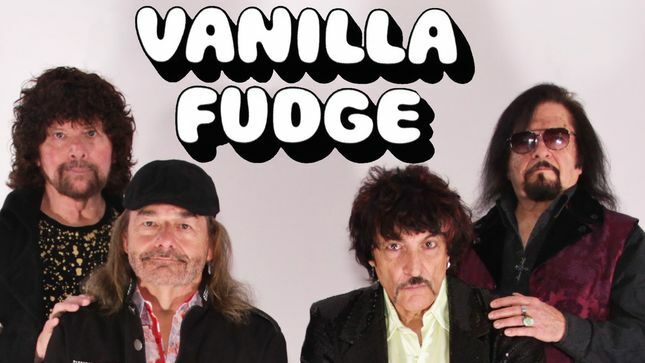 At 74 years of age and a career spanning seven decades, one would think it's time to slow down... unless your name is Carmine Appice. He is currently a member of Vanilla Fudge, Cactus, and does a podcast series with his brother Vinny, called Hangin' & Bangin'.

Vanilla Fudge recently released a single called "Stop! In the Name of Love", the last ever recording of their late bassist Tim Bogert. More recently, his partnership with guitar player Fernando Perdomo, an album entitled Energy Overload, was released to critical acclaim. In a very spirited interview, Sonic Perspectives collaborator Rodrigo Altaf sat down with Appice to discuss his recent endeavors, Tim Bogert's legacy and influence, touring plans and much more.

The legendary Vanilla Fudge; the original lineup of Mark Stein, Carmine Appice, Vincent Martel and Tim Bogert, together one final time, take listeners on a psychedelically-tinged version of The Supremes classic, "Stop In The Name Of Love". Buy/stream the single here, and watch an official music video below.

Upon Tim Bogert's passing, the band recorded tributes to their brother and bandmate with producer Leslie Gold. This heartfelt recording, "To The Legacy Of Tim Bogert", makes up the b-side to "Stop In The Name Of Love", and is a must listen for fans of Vanilla Fudge.