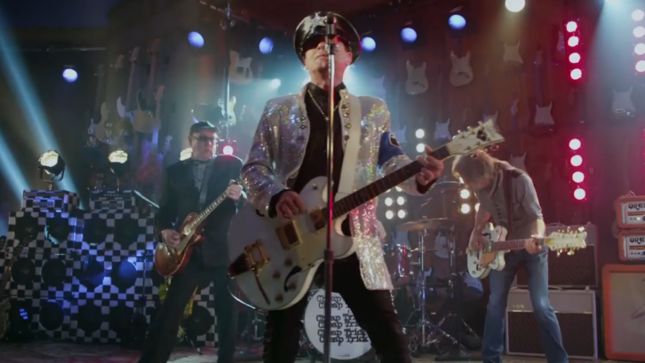 “We can’t thank the Rock And Roll Hall Of Fame enough for honoring Cheap Trick. Thanks to all the fans who have supported us for all these years and to the Hall Of Fame members who cast their votes. We are excited and honored,” said Cheap Trick bass guitarist Tom Petersson.

“Coinciding with their entry into the Rock And Roll Hall Of Fame, I am beyond proud and excited to announce that Cheap Trick are the newest members of the Big Machine Records family,” said Big Machine Label Group President and CEO Scott Borchetta.  “As a band, they’ve never stopped rock’n the free world and they play every night with as much conviction as their first power-pop-punk club shows from the mid ’70s.  I can’t wait for Cheap Trick fans everywhere to have the new album.”

Eligible since 2002, Cheap Trick will be inducted into the Rock And Roll Hall Of Fame after being nominated for the first time this year. More than 800 artists, historians and music-industry professionals determine the annual honorees, who are considered qualified 25 years after releasing their first single or album – 1990, for the newest crop of nominees. The 2016 Induction Ceremony is scheduled for April 8.

Cheap Trick are an indisputable American institution, beloved around the globe since 1973 for their instantly identifiable, hugely influential, brand of pop rock ‘n’ roll. The band – Robin Zander (vocals, rhythm guitar), Rick Nielsen (lead guitar), Tom Petersson (bass guitar), and Daxx Nielsen (drums) – are truly one of a kind, power pop pioneers with an unparalleled streak of certifiably classic tunes, spanning “Surrender” and “I Want You To Want Me” to “Dream Police” and the worldwide #1 hit single, “The Flame”.

Now well into their fourth decade, the band is among the most active and successful in music history with featured appearances on over 20 movie soundtracks, more than 40 international gold and platinum certifications, a myriad of awards and industry honors, and total record sales in excess of 20 million.

To celebrate Cheap Trick’s induction into the Rock & Roll Hall of Fame and signing to Big Machine Label Group, the band is giving away a free download of “No Direction Home” from their upcoming BMLG release. Head to this location to procure the free download.