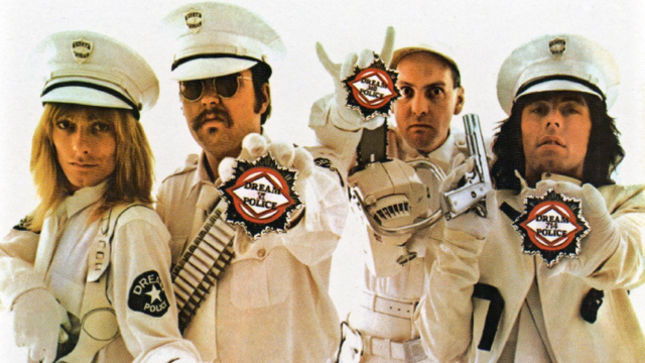 North American syndicated rock radio show and website InTheStudio With Redbeard: The Stories Behind History’s Greatest Rock Bands salutes Rockford, Illinois’ favourite sons Cheap Trick with a special two-part program on the eve of their induction into the Rock And Roll Hall Of Fame.

Living between the music meccas of New York and LA, Cheap Trick built a dubious reputation in the late Seventies of being “the best unknown band in America”. The first three albums, the self-titled debut, 1977’s In Color, and Heaven Tonight in 1978 were critically acclaimed, garnering 4 and 5 star reviews, but with little sales or radio airplay.

While taking a break from recording the band’s fourth album Dream Police, Cheap Trick headed some 6,000 miles for a two week tour of Japan that, unbeknownst to them, would change their lives forever. At Budokan, a live album meant only to be sold in the Japanese market, eventually found its way by import to England, then Canada, and eventually to America where its arrival hit like a tsunami. Robin Zander puts it in perspective with InTheStudio host Redbeard.

“ When “Surrender” (from Heaven Tonight) came out on the radio in the States it received fair airplay... but in Japan it was massive...You can imagine going from playing small theaters...being the most famous opening act around ... to going to Japan and having 5,000 people meet you at the airport! It was total chaos.” - Robin Zander

At Budokan was the spark that lit the career fuse for Cheap Trick, who would go on to produce several hit singles including their 1988 #1, “The Flame”. Looking back, Rick Nielsen shares his thoughts on the eve of their induction into the Rock Hall.

“To this day we’re all surprised at the way things have fallen into place but, at the same time, with hard work and going after it, that doesn’t mean anything is going to happen. But with hard work and luck it can happen... You can’t wait for a miracle to happen, but if you work at it, something can happen. It hit us and we’re still dumbfounded by it.”  - Rick Nielsen

Listen at the following links: