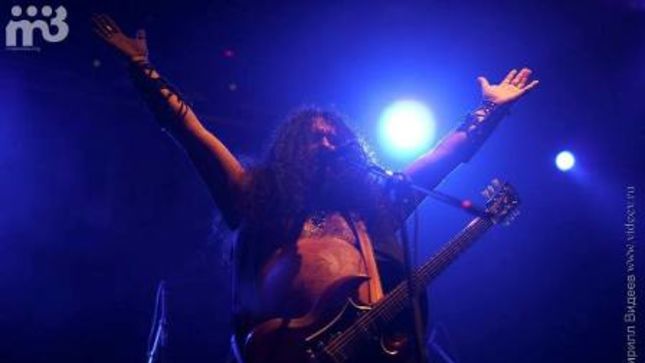 Italian heavy metallers Circle Of Witches, who recently signed with Alpha Omega Management, have released an official live video for "Going To Church", shot during their show in Moscow supporting U.D.O. during their Decadent Russian Tour 2015. Check it out below.

Circle Of Witches are working on their new album, entitled True Born Sinner. The album will be produced by Alex Azzali (Ancient, Behemoth, Grave) and recorded at Alpha Omega Studio in Como, in early 2016.

The band has issued the following statement:

"It has been an amazing 2015 for Circle of Witches. We just started to work on the new album which will be entitled True Born Sinner. We cannot wait to work with Alex Azzali who will produce it at Alpha Omega Studio in Como. In this album, will feature, for the first time our new line-up with two guitars. We already have few songs ready and the result seems to be something heavier than previous“Rock the Evil, although more melodic, massive and compact. For the next two months the rehearsal room will be our home and we will be restless until completion of our work. Hopefully we will enter the studio between January and March 2016."