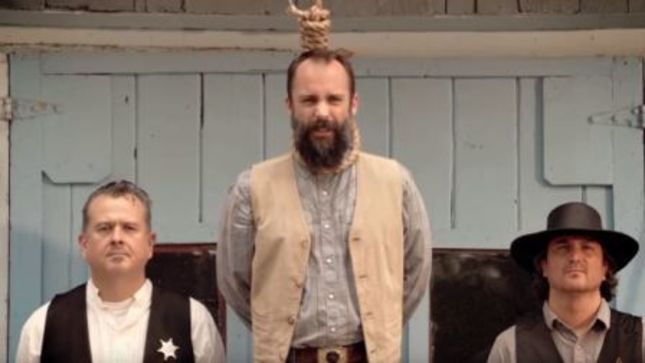 Maryland's Clutch have released their new video for the song "A Quick Death In Texas", taken from the band's latest album, Psychic Warfare, which was released in late 2015. Check it out below.

Clutch continues their Psychic Warfare World Tour 2016. Headline tour dates for September-October are in. The group will be heading back on the road this fall headlining another leg of their US tour. Supporting the tour will be Zakk Sabbath and Los Angeles based metal band Kyng. Including 2 festival appearances, the trek will begin in Buffalo, NY at the The Town Ballroom on September 28th and conclude in Worcester, MA at The Palladium on October 30th.

Clutch lead vocalist Neil Fallon commented “We are pleased to announce that this fall Clutch will be hitting the road again in the US. This time with Zakk Sabbath and Kyng. Clutch toured with Black Label Society a few years back and it was a blast - and no doubt, this one will be a blast as well. We hope to see you all there!"