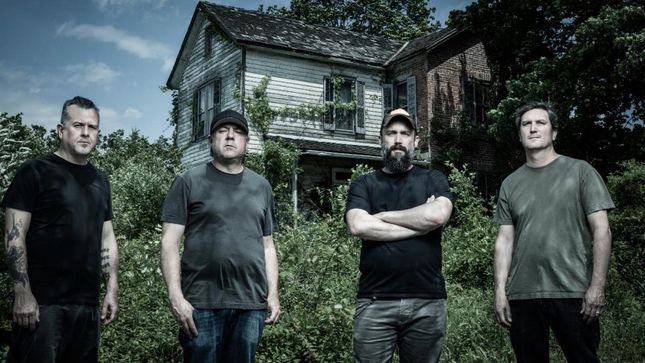 Clutch will perform some very special sets on their annual run of dates between Christmas and New Year's Eve.

The upcoming dates in D.C., Sayreville, and Philly will feature three completely different sets, 54 songs total. In addition, the band will play Blast Tyrant in its entirety for the first time ever on New Year's Eve at Union Transfer in Philadelphia, PA. Tickets are on sale here.

"We've been having a blast over here in Europe playing a ton of songs spanning our 28 year career," states drummer Jean-Paul Gaster. "Nuremberg marks the 4th night of the tour and so far we've played 62 different songs. It is for this reason we've decided to play three completely different sets for the final three Clutch shows of 2019. For those folks who have already bought tickets to one of these shows but have been thinking about attending a second or third, know that you'll be seeing totally different set each night. The New Year's gig is gonna be extra fun as we'll be playing the Blast Tyrant record in its entirety. Please come celebrate ClutchMas! with us!"

Clutch recently released  “Fortunate Son”, the single being the fourth in a series of new studio recordings that comprise the newly launched Weathermaker Vault Series and is a cover of the classic Creedence Clearwater Revival track.

“Growing up it was hard not to hear CCR’s 'Fortunate Son' on the radio, on TV, or even at the county fair. The groovy backbeat and sloshy hi hats that introduce John Fogerty’s timeless lyrics written so many years ago could be found everywhere. While it may be true to say that 'Fortunate Son' could be seen as a political song we think it’s bigger than that. For us 'Fortunate Son' is an inspirational song. For that reason we’d like to dedicate the song to the most inspirational person we’ve ever had in our lives, our late manager Jack Flanagan. Jack Flanagan was no 'Fortunate Son'. He worked tirelessly and passionately all the while keeping a razor sharp sense of humour until his last days. Thank you Jack for making us better than we ever thought we could be.” - Jean-Paul Gaster

In the video that accompanies this release, Tim Sult pays homage to Jack Flanagan by playing Jack’s beloved 90’s Les Paul. The video was shot at J Robbins’ Magpie Cage Recording Studio in Baltimore, MD. J Robbins produced the Clutch albums Robot Hive/Exodus and Strange Cousins From The Wes” and he recorded all of the WM Vault Series singles.