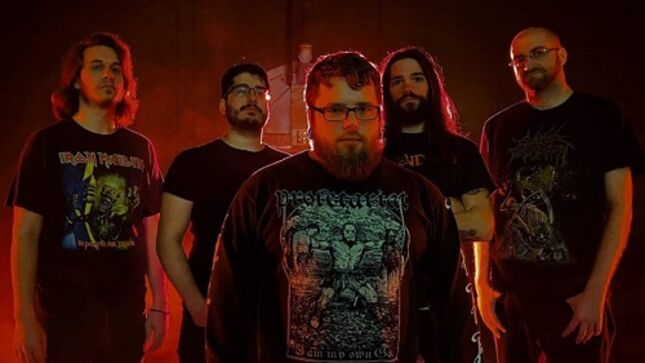 New Jersey based brutal death metal act Cognitive return with a new single and stunning video "Eniac", and have announced the release of their fourth album, Malevolent Thoughts Of  Hastened Extinction, out July 16th via Unique Leader.

Guitarist Rob Wharton commented: "'Eniac' was one of the first songs written for the new album, and when it was completed we instantly were like, this has to be a single. The name 'Eniac' comes from the first computer, and musically this song we felt has a lot of new elements that are showcased on this album, from some more tech-laden grooves, big chord sections, a ripper solo, and some catchy vocal patterns. And Zen-Beast did an amazing job of making this video come to life to put a cherry on top. We hope you enjoy!"