CONCEPTION Vocalist ROY KHAN Reflects On Decision To Leave KAMELOT - "It Had Nothing To Do With Them; It Was All Me And The Way I Lived My Life" 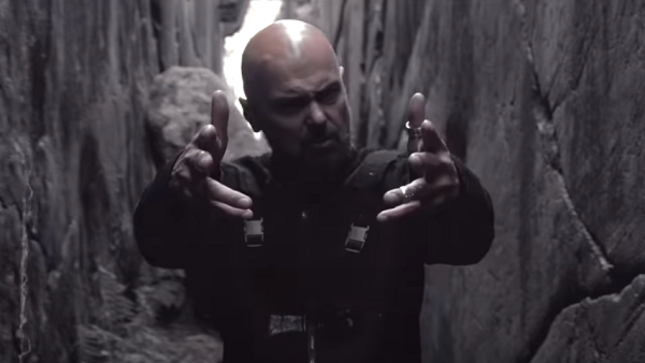 Conception / former Kamelot vocalist Roy Khan recently guested on Breaking Absolutes, and during the conversation he reflected on making the decision to leave Kamelot in April 2011 right before a North American headline tour.

Khan: "Quitting Kamelot was the best decision that I've ever made, and by that I don't mean that… Kamelot was a fantastic thing in my life, and Thomas (Youngblood / guitar) and the other guys... it had nothing to do with them. It was all me and the way I lived my life, and I just couldn't take it any longer. I was also overworked. I worked all the time, even when I was home. The first thing I'd do when I got back home is I would kick my shoes off in the hallway and I'd just sit right down at the computer and start working. I was really not a good husband and I was not a good father. Lots of things weren't good about me at that point.

Quitting Kamelot at that point, it was easy but it was hard. It was easy because I didn't really have a choice. I was really wrecked. And at the same time, it was hard because I'd been working to get to that point my whole life, basically - 20 years, at least - and finally I was there. And then I threw the towel in and said, 'Hey, guys, I'm not coming in for the next tour.' 'Okay, well, what's wrong?' 'Well, actually, I'm not coming back at all.' And obviously, everybody… my mom was, like, 'Are you kidding me? Are you serious?' Then the guys in the band, they thought that it was gonna pass, but I knew in my heart that summer, already in August (2010), I knew that that's it."

He also recorded two live albums with Kamelot, The Expedition (2000) and One Cold Winter's Night (2006).