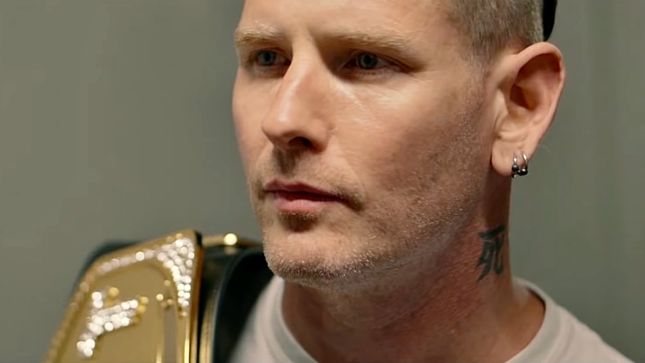 Corey Taylor has reached #1 on Mediabase’s Active Rock Radio Chart this week with his powerful new single, “Black Eyes Blue". The achievement puts Taylor in an elite class of artists who have reached #1 at the format with two separate projects, following chart-topping efforts from his band Stone Sour, with Slipknot having notched four Top 5 entries. “Black Eyes Blue” is featured on Taylor’s first-ever solo album, CMFT which is available is available now all streaming platforms.

Taylor made an impressive chart impact with CMFT. The release entered at #1 on Billboard’s “Current Hard Rock Albums” chart last week, while claiming #2 on “Current Rock Albums”, #6 on “Vinyl Albums”, and #9 on the “Top Albums” charts. Furthermore, CMFT made debuts around the globe with Top 10 entries on the official album charts in Australia and Germany, as well as Top 20 debuts in the United Kingdom and Japan (international chart). Get your copy now at thecoreytaylor.com.