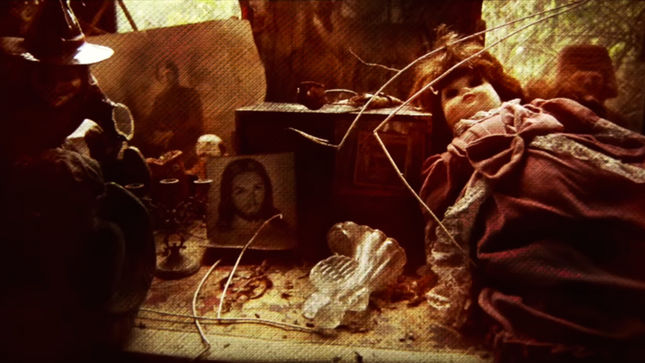 The album will be issued through Marmaduke Records on January 14th and features founding members Jeff Kollman (Bombastic Meatbats, Glenn Hughes, Mogg/Way) on guitar and Shane Gaalaas (B'z, Diesel Machine, MSG) on drums, along with new addition Kevin Chown (Tarja, Bombastic Meatbats, Paul Gilbert) on bass whose musical association with Kollman goes back to the Edwin Dare days in the early 90's.

States Chown: “I have known Jeff and Shane for a long time. I have performed with them so many times on our musical adventures through the years. To create The Morbid Tango, we directed that friendship to create a work of deep meaning, without a single word being spoken, that reflects our life adventure as dear friends - the good times and the bad, into what I personally consider to be the greatest musical achievement of my career. It reflects all that I am as a bassist, and it's an honor to, after all this time, dating all the way back to being the bassist back in the 90’s on some of the original demo tapes of what became Cosmosquad, that Jeff and Shane have now officially asked me to join them on their musical adventure, filling the shoes of the many other amazing bassists that have preceded me in this band. I am truly honored. I perform alongside some pretty amazing musicians in my many musical adventures, but there is nothing like music that is created with the deep trust of long time friends, all on the same mission to change the world with music!

“We have worked incredibly hard to create a work which is a statement as to the meaning of life itself. Every title tells the story, the intensity of the music capturing the emotion. We have been there for each other as friends through each of our own personal Morbid Tangos, and now we are on a shared mission to demonstrate that art, as it always has, leads to truth. I personally, CANT WAIT for people to hear this record. And I can’t wait to officially perform as a member of this long time institution. It's one of the greatest honors of my career.”

Adds Gaalaas: "It took awhile for the Cosmos to align itself once again but some things just happen all in good time….. Chime in Kevin Chown! From our early writing jams, it was evident we were onto something profoundly cosmic. We could’ve easily made 3 records from all the ideas we had… just flowed out naturally and uninhibited. We used a couple of first takes live off the floor in there which rarely happens these days but, it just worked! This record feels right for me because it incorporates so many things that I love about music. Firstly, being spontaneity and synergic energy. It’s like the soup broth: If you get that right off the bat, you’re in good shape. There are some masterful arrangements that really take the listener on a ride. Akin to life, it paralleled so much of the roller coaster craziness we had going on during this time and really stretches some stylistic boundaries far into the abyss. The guys played their asses off musically and Jeff’s guitar brilliance takes it another step beyond. I love the balance between old school raw organic and modern production electronica. I think we found a nice recipe of both to keep the listener interested and curious as to what will happen next."

The Morbid Tango was conceived and recorded at Crumb West Studios in Simi Valley, CA, produced by the tandem of Shane Gaalaas and Jeff Kollman, and mixed by Gaalaas, with guest contributions coming from top LA session musicians Jeff Babko on keyboards, David Collier on percussion, and Jono Brown providing strings.

The song “Recollection Epilogue” is currently streaming at this location. The Morbid Tango mashup reel can be viewed below: