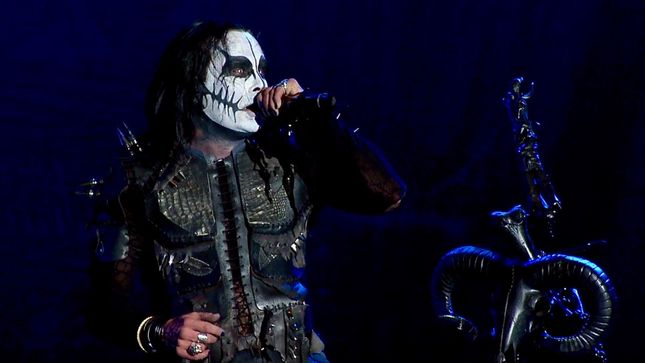 Dani Filth and his fellow ghouls returned to Wacken Open Air in summer 2015 to turn the Black Stage into a gloomy temple of horror. Pro-shot footage of the band performing the tracks "Right Wing Of The Garden Triptych", "Her Ghost In The Fog", and "From The Cradle To Enslave" can be seen below:

Cradle Of Filth leader Dani Filth and keyboardist / backing vocalist Lindsay Schoolcraft took part in a game of Jenga at this year's Download Festival. The pair answer some interesting questions in the video below:

Cradle Of Filth will hit the road once again in Europe this winter in support of their latest album, Cryptoriana - The Seductiveness Of Decay. The first round of dates has been announced, with more due to be confirmed soon.