Crazy Nights Album Producer RON NEVISON - "As Far As KISS Trying To Compete With BON JOVI At The Time, I Guess It’s Kind Of True" 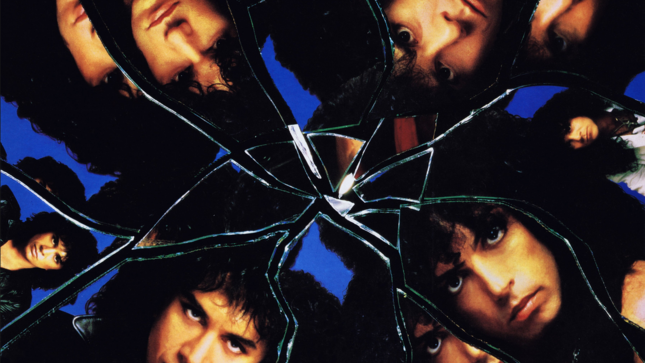 Ron Nevison, who started his career in the early 1970s as an engineer on albums such as Quadrophenia by The Who and Bad Company’s debut album, eventually became a producer, working with artists including Led Zeppelin, Ozzy Osbourne, UFO, Jefferson Starship, Thin Lizzy, KISS, and many others.

In a new interview with The Rock River Times, Ron, who produced KISS' 1987 album Crazy Nights, answers questions from some readers of the Rockford Rocked Interview’s column. Read an excerpt below:

Q: I want to know about the KISS stuff. It must have been hard for KISS to compete with bands like Bon Jovi during the Crazy Nights era. What was it like working with KISS? - Mike Parr, Rockford

Ron Nevison: "Well, as far as KISS trying to compete with Bon Jovi at the time, I guess it’s kind of true. Bon Jovi at the time had come out with "Livin’ On A Prayer”, etc. Paul Stanley of KISS was in New York writing with Desmond Child and all the people Bon Jovi was working with.

"In the beginning of the Crazy Nights sessions Paul had shown me eight or ten great quality songs that he thought we could use. Gene just kind of sent me some songs that he had laying around. Maybe twenty five or so. If I remember correctly he basically only contributed a couple of the songs that made it to the record.

"We did most everything at Rumbo near Los Angeles. To tell you the truth, I’m a little disappointed that the Crazy Nights album didn’t have a big hit single.

"Ten years prior to the Crazy Nights sessions I had an interview with Paul Stanley just before KISS did their solo albums. I met Paul at Casablanca Records but for whatever reason I didn’t end up working with them. I don’t know if they didn’t want me to do it in the end or I didn’t want to do it. Or perhaps I was just too busy."

To hear Ron's answers to questions in regards to London Quireboys, UFO, Damn Yankees, and Led Zeppelin, head to The Rock River Times.