CRYPTEX To Release New Album In May 2020; Official Video For "Haunted" Single Posted 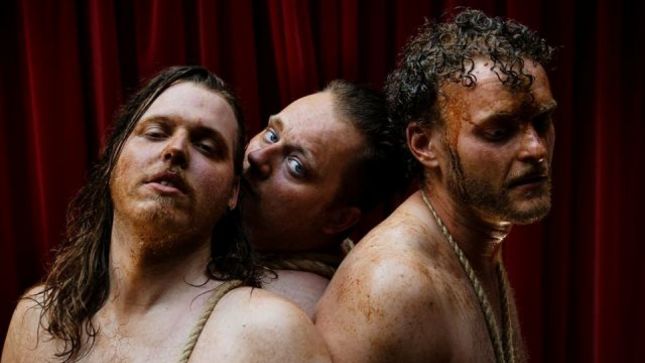 Cryptex, who signed with Steamhammer/SPV in early 2019, have released a new single with a must-see atmospheric video displaying all of the band’s artistic virtues for the song, "Haunted". The video was directed by Jonathan Noor and Steffen Flügel of Freakshot. Check it out below.

Cryptex consists of Simon Moskon (lead vocals, piano/keys), André Jean Henri Mertens (lead and rhythm guitar) and Marc Andrejkovits (bass). Diverse session-drummers as Simon Schröder, Luca Ahlers and others complete the lineup. The band's style covers a wide musical range, consisting of rock, alternative with slight folk attitude and prog-art. The result is an impressive mixture of sensitive and powerful symphonic compositions. The release of their third album, Once Upon A Time, has been announced for May 8th.