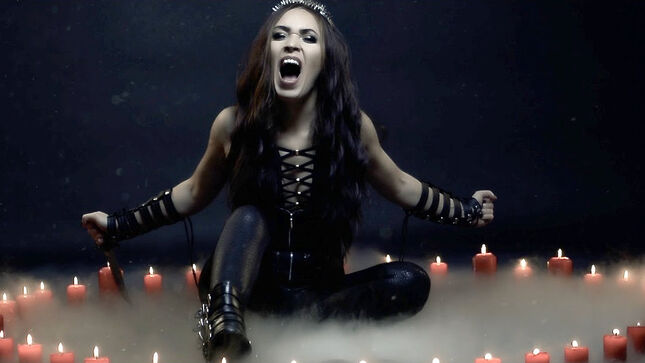 Heavy metal act, Crystal Viper, have released a lyric video for "Asenath Waite", which can be seen below. The song is taken from the band's forthcoming studio album, The Cult, which will be released on January 29 in Europe, and on February 12 in North America, via Listenable Records.

The CD and digital version of The Cult will include an exclusive bonus cover version of King Diamond classic "Welcome Home" (recorded with special guest, King Diamond guitarist Andy La Rocque), while the vinyl bonus track will be a cover version of legendary UK act Satan's ultimate classic, "Trial By Fire". Preorders are available here.

The Listenable mail-order exclusive bundle (available with either CD or vinyl LP), includes additional instrumental CD, with the "Shred Version" of the album.

"It is NOT a karaoke version of the album, where we simply muted the vocals" says frontwoman, Marta Gabriel. "We officially have 3 guitarists in the band right now, and our drummer Ced is a brilliant guitarist as well, so we decided to play that card, and we did alternate versions of all new songs, with lots and lots of extra lead guitar parts, solos and harmonies" she adds.