CRYSTAL VIPER Debut “When The Sun Goes Down” Music Video 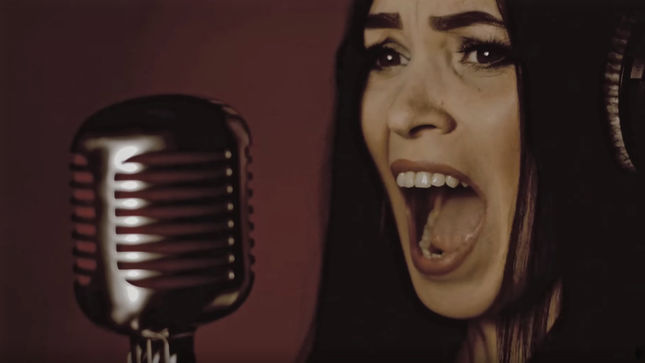 Polish metallers Crystal Viper are returning after a four year absence, with a brand new concept album entitled Queen Of The Witches, which will be released on February 17th via AFM Records. A new video for the track “When The Sun Goes Down” can be found below.

Queen Of The Witches features three special guests: Manowar co-founder and guitar hero Ross The Boss, and Jeff Dunn (aka Mantas) of Venom / Venom Inc. will appear with guitar solos on two of the songs. One of the songs will feature a duet from Marta Gabriel and Steve Bettney, vocalist of the NWOBHM cult heroes Saracen.

“The Witch Is Back”
“I Fear No Evil”
“When The Sun Goes Down”
“Trapped Behind”
“Do Or Die”
“Burn My Fire Burn”
“Flames And Blood”
“We Will Make It Last Forever”
“Rise Of The Witch Queen”
“See You In Hell” (Grim Reaper cover, CD bonus track)
“Long Live The Loud” (Exciter cover, LP bonus track)

“When The Sun Goes Down” video:

“The Witch Is Back” video: