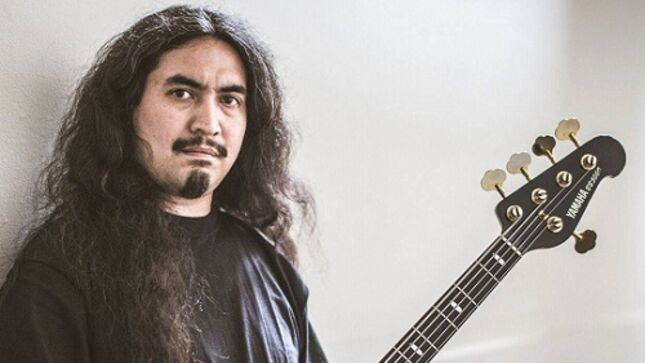 Bassist Pete Aguilar joined Cultural Warfare in 2015. Now in 2020, his time with the Oakland thrashers has come to an end. Aguilar has issued the following statement:

"I am stepping down as bass player for Cultural Warfare due to personal reasons. There is no bad blood between my former bandmates and I. I told them in person respectfully."

"I'd like to thank all my bandmates past and present Billy, Kevin, Jacques, Bones, Kenny, Shawn, Lenny and Pascal and the fans for all the support during my five year tenure with the band! I have two awesome recordings in Future Kill and Warmagedon that I'm proud to have as part of my legacy. I'm honored to have shared the stage with great musicians playing metal in the Bay Area thus far."

"As for my future musical plans, I'm not hanging up my bass just yet, nor am I jumping into free agency right away. Looking forward to what might cross my path next!"

Cultural Warfare guitarist Kevin Doughty commented: "Much love Pete! Gotta do what’s best for you and your family first! We shared some awesome moments as friends and bandmates. Looking forward to what’s in store for you musically in the future homie."