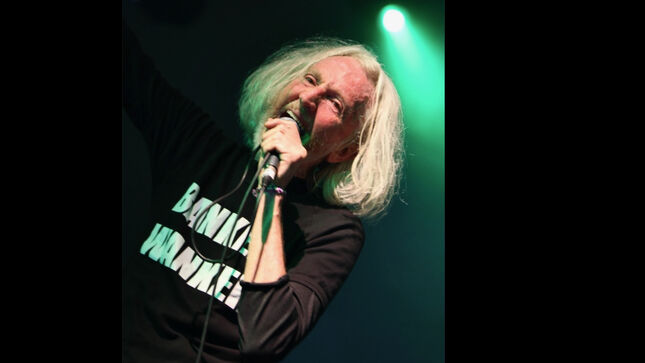 In 2015, Gong legend Daevid Allen sadly passed away at the age of 77. He is survived by his four sons Toby, Orlando, Tali, & Ynys.

Prior to his passing Daevid set up the “Daevid Allen Family Trust” or D.A.F.T. for short for his children. The aim and focus with D.A.F.T. is to preserve Daevid’s legacy of Poetry, Music & Hand Drawn Illustrations for the fans and future generations in one place. 2021 is the year to be D.A.F.T!

First of all, the web store is now open selling a wide selection of official D.A.F.T. merchandise and music. Secondly, there will be a box set coming soon called Deya Dreaming, which is a collection of unreleased music from Daevid’s time in Deia, Mallorca. 2021 promises to be a busy year with a lot more to come.

Daevid Allen, who sometimes was credited as Divided Alien, Captain Capricorn and Dingo Virgin, was an Australian poet, guitarist, singer, composer and performance artist. He was co-founder of legendary music groups Soft Machine and Gong. He left Gong in 1975 to begin a solo career (though his first solo album, Banana Moon, was released in 1971 while he was still in the band).

Daevid went on to release several innovative solo albums over the next four decades. His solo work also included collaborations with artists like Kramer, Acid Mothers Temple, and California-based bands University of Errors and Spirits Burning. Daevid would also record and tour with various incarnations of Gong throughout the 1990’s and 2000’s. Daevid continued to release numerous live sets and one-off collaborations in limited editions on various independent labels under his own and various group names up until his passing in 2015.