DAN LILKER On ANTHRAX - "It Started As A Neighborhood Band, But As Our Influences Became More Serious It Reached Another Level" 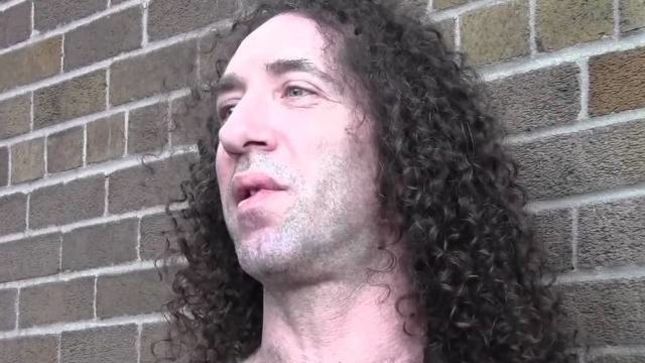 Below is an exclusive outtake from the Slave To The Grind documentary. This clip is not from the film, but from out extensive archive of Grindcore history that will be uploaded to Youtube in the near future.

Lilker is one of the founding members of Anthrax and was with the band from 1981 - 1984, first as their bassist before switching to rhythm guitar. he co-wrote the band's debut album, Fistful Of Metal. He also launched S.O.D. with Anthrax bandmates Charlie Benante and Scott Ian along with vocalist Billy Milano in 1985. On January 10th, 2014, Lilker announced his plans to retire from being a full-time recording and touring musician.

Originally fuelled by punk rock’s leftist politics, grindcore’s erratic growth over the past 35 years is documented for the first time with Slave To The Grind. Featuring interviews and rare footage from grindcore masters Napalm Death, Terrorizer, Brutal Truth and many more. Go to the official website here.