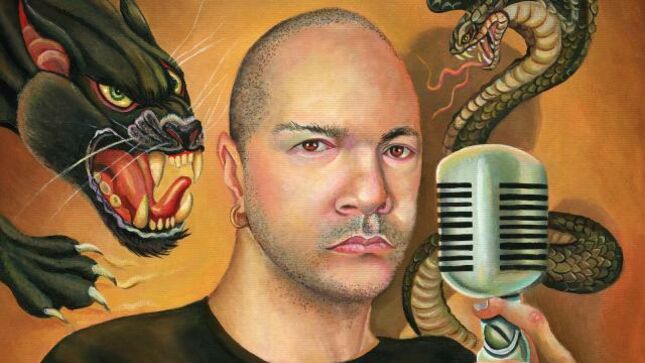 On the latest installment of the official Danko Jones podast, Billy Talent guitarist Ian D’Sa returns to talk about guitars, recording, and getting through the pandemic. Check out the interview below.

Anthrax drummer, Charlie Benante, recently released the new video below, along with the following message:

"When Dave (Brownsound, Sum 41) asked me to be a part of a medley featuring Motörhead, Judas Priest, and Iron Maiden, how could I say no? Then he told me Danko (Jones), Tom (Thacker, Sum 41, Gob) and Jean (Genus) would be a part of it! That added a whole other dimension to it. This was fun and it really takes me back to a time when heavy metal was great."

Dave Brownsound: "As a 1980 baby my first exposure to metal was the big four, my love for their music made me want to learn more about where they came from. Who were the innovators for them? Who moved an entire genre forward for their generation? This question lead me to the term “New Wave Of British Heavy Metal.” A genre within a genre so powerful that its music still inspires to this day. From artists, skaters and even the Rainbow’s video poker machine so many have had their lives touched by Motörhead, Judas Priest and Iron Maiden. We chose these songs in our medley as a tribute to all the bands that are part of the infamous N.W.O.B.H.M. Our lineup for this one was something that I could only have dreamed of. Thank you, Tom, Jean, Danko, Charlie and please send love from our family to yours."

Tom Thacker: "What an honor to rock this metal medley with these very talented dudes whose bands I love and respect! And Dave Brownsound, my bro-in-sound! So stoked to be a part of this!

"Iron Maiden was one of my first musical loves and remain a favorite to this day. The first record I heard was Number Of The Beast. I listened on repeat until the tape wore out. It seemed much more substantial than a lot of the other bands, theatrical, literary, it was like a school course that fucking rocked. So much more than just killer riffs. But the riffs were enough for me!!

"'Electric Eye' is my favorite Judas Priest song. Halford’s voice sounds so sinister. It is the ultimate metal voice. And the Priest twin guitar attack... devastating. Like two tornadoes colliding.

"There is no band more badass than Motörhead. They scared the shit out of me as a kid. The riff for 'Overkill' has so much raw power just playing it will lay waste to an army of posers."

Jean Genus: "Motörhead, Priest, Maiden... If there are any bands that have changed the rock world, it is probably these. In their completely own ways. The first stadium show I ever went to was an Iron Maiden show. Just a little kid in a stadium with 75.000 people. I think that was one of those moments you think to yourself.. I wanna do that! And as a bassist...what can I Say Steve Harris, Ian Hill & Lemmy. Three fine British Gentlemen👌"

Danko Jones: "'Overkill' by Mötorhead is probably the most perfect rock song ever written. Lyrically, it keeps with its title, ending thrice! It also contains the drumbeat that laid the foundation for an entire genre of music. 'Electric Eye' is the clarion call for one of the greatest Priest albums in their canon. 'Murders In The Rue Morgue' is one of the best songs of the Di’ Anno era. Although I have a million miles to go chasing the three legends who sang these songs, I am grateful to be given a chance. Being able to sing alongside these fine gentlemen was an honor."