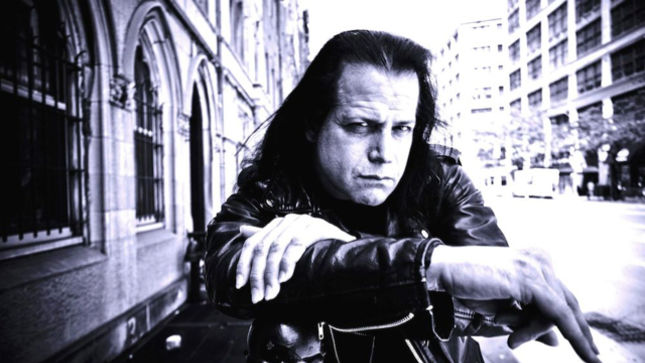 On October 18th, Danzig headlined the Blackest Of The Black show in Montreal, QC at Metropolis. Properly accredited photographers were issued passes to shoot opening bands Superjoint, Veil Of Maya, Prong, and Witch Mountain. But there was a strict "No Photo" policy in effect once Danzig took the stage.

One fan in attendance, named Neil Dalton, has posted the following message, and subsequent photo, on his Facebook page:

"So I went to Danzig last night. Including the 100 dollars I spent on his merch plus the tickets time off work and traveling to Montreal to see him this is the price you pay for taking a photo of Danzig. He called me up on stage got got his pussy security guards to rough me up and held me back so he could hit me himself. Cops can't do fuck all because we're both not Canadian and they did it off camera and said I fell. Could all my friends please share this because I want the world to know what a pussy the guy is. Superjoint fucking ruled tho."

Remaining dates on Danzig's Blackest Of The Black Tour are as listed: