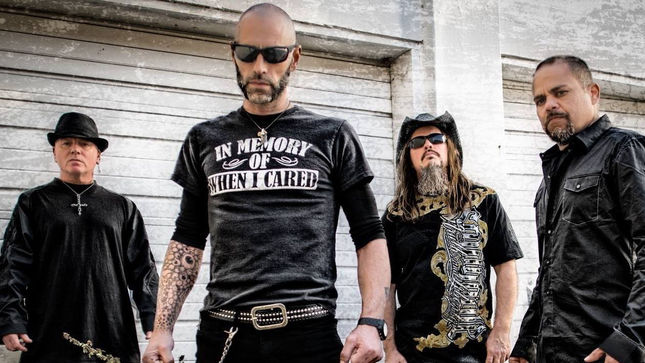 Florida based power-groove metal band, Dark Matter, has finally released their long-awaited second album, Encipher, which will be officially presented on December 9th with an exclusive release party event at the State Theatre in St. Petersburg. The band will perform an exclusive and not to be missed show with some very special guests such as War Of Thrones, Avenging Benji, Dolt and The Dood. Tickets are available at ticketmaster.com.

Jeff Lords has often expressed, "Trees that don't bend with the wind will snap."

"It's become our desire to layer vastly different styles of metal together. Keeping elements of prog, but getting into themes that are emotionally heavy and go way deeper than something written to be purely abstract” says Lords“abstract is cool, but writing songs that people can relate to is more challenging, which makes it more satisfying when people like it. Musically you can hear our past, present, and future in the title track Encipher ... we feel like we've only begun."

Get your copy now via iTunes or Amazon (widget below).

"It is really good material and correct, its not like CG." - Dustin Hardman (Massacre Records)