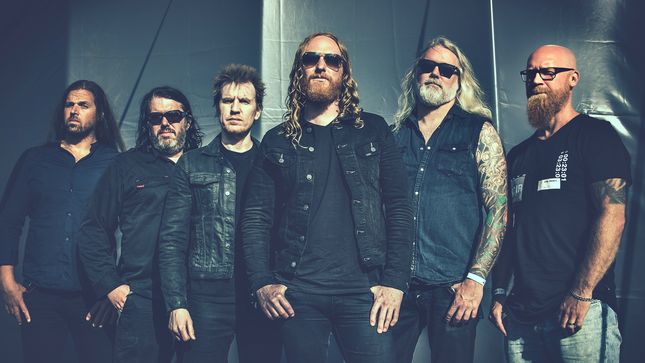 Dark Tranquillity have announced their North American Moment Tour, beginning in September of 2021. They will be joined by Obscura and Nailed To Obscurity.

Says the band: "With the coming release of our new album Moment, we look forward to being able to tour once more and share the stage with these two amazing bands. We hope things go as smoothly as possible navigating through the new challenges to come and are eager to bring you live music."

Obscura's Steffen Kummerer states, "Obscura is coming back to North America! This time we share the stage with veteran Swedish death metal band Dark Tranquillity. Supported by death doom act and label-mates Nailed To Obscurity, we will perform across the United States and Canada. Don't miss the North American Moment Tour, secure your tickets and be part of the shows!"

Nailed To Obscurity comments, "We are super stoked to be part of this amazing tour package! It will be the first time ever for us to play in the US and Canada and we can't wait to hit the road with these amazing bands and people. Now let's all keep our fingers crossed that this tour can happen next year, so we can all experience the joy of a concert and live music again!"

Dark Tranquillity adds: "It's hard to even imagine this happening, given the global pause on touring due to the COVID-19 pandemic. But I really hope so and it's going to be very, very awesome. It's been a while and it will be a while still, but we're coming back to America. Obscura  and Nailed To Obscurity will be with us and we cannot wait to hit the stages with these awesome bands and see you all again. Let's make sure things get back to normal and that this can happen. We miss you and cannot wait to get to share our music with you again."

Dark Tranquillity return with their new masterpiece, Moment, which will be released on November 20 via Century Media. Moment will be available in the following formats and can be pre-ordered here: