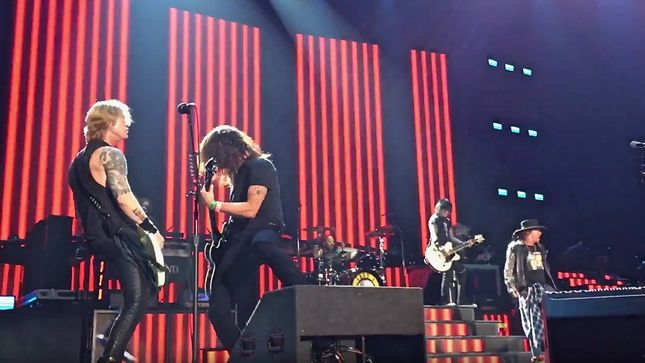 On November 10th, GN'R were joined by ZZ Top's Billy Gibbons at the Toyota Center in Houston, Texas for a performance of "Patience". Watch below:

Guns N’ Roses and their massively successful Not In This Lifetime Tour continue to show no signs of slowing down as the band storms into 2018 with 13 stadium shows lined up across Europe, as well as festival headline slots at Download Festival UK, Paris and Madrid, Italy’s Firenze Rocks and Belgium’s Graspop Metal Meeting.