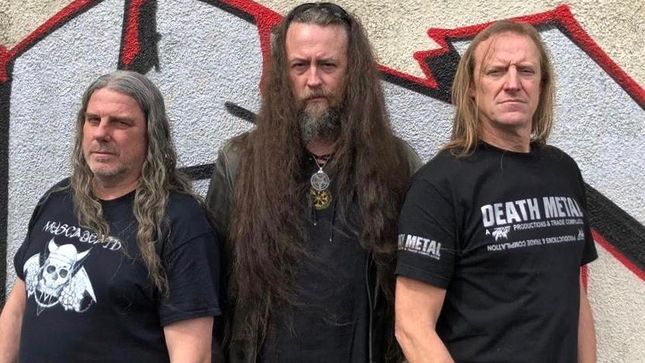 "Dan Bate (Benediction bass player) and myself were already in contact via social media and he had mentioned a few months ago that Daz (Brookes, guitar) was looking to contact me. After the surprise revelation I began to wonder what he’d wanna talk to me about, old contract discussion maybe, back catalogue? Who knows, could be all sorts.

"But obviously as most of you do, I keep up to date with goings on in the metal world and keep a close eye on Benediction and was aware of the situation regarding (vocalist) Dave Hunt's departure from the band.

"Soon enough my phone lit up with Darren’s number and after initial baby steps things escalated at lightning speed. Both ends of the phone were clearly getting excited and at this point both my wife and my son said simultaneously that ‘if he is asking you to return to the fold, you had better do it!!!!!’ F@#YEAH!!!!!!! YES I’M IN!!!!!!

"So here we are, already deep into writing the new album, which at this time is going spectacularly well. The new material is gonna blow you people away!!!!!! We are planning to begin recording in September so not long now.

"And to all my followers on social media, I hope you understand that myself and the guys had decided to keep my return under wraps until Dave Hunt had completed his time with the band, a simple and necessary courtesy.

"I can’t wait to see you people on the forthcoming Benediction live shows.