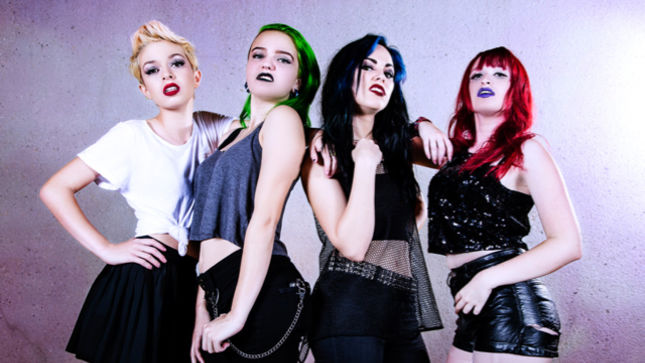 Megadeth bassist David Ellefson has created an imprint called EMP Records through the legendary label Megaforce, also known as the launching pad for legendary thrash bands Metallica and Anthrax. The first release is In Your Face, the debut six-song EP from the Arizona-based all-female rock quartet Doll Skin.

In Your Face was released in North America on October 30th, and will be out in Europe on December 18th, physical and digital via EMP Records/Cargo Records.

Ellefson says: "The first time I saw Doll Skin perform was last year at a talent contest my son asked me to attend. I was totally blown away by their energy and great songs and that prompted me to take them into the studio this past summer to produce the In Your Face EP. They are young and fresh but are not a novelty teenage act. They are totally absorbed in old school punk roots, while writing forward thinking songs. I was a fan from day one!"

In Your Face tracklisting: