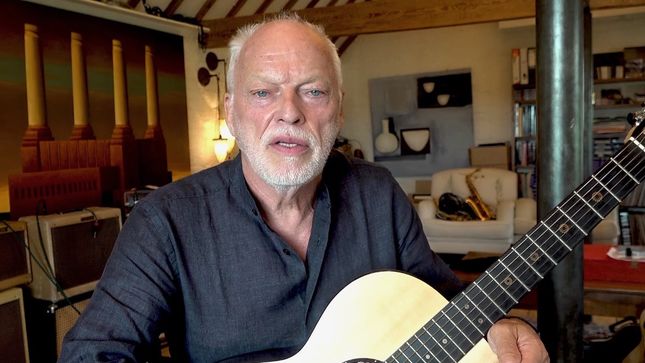 Yesterday’s auction, by Christie’s in New York, of the David Gilmour guitar collection saw more than $21 million raised for the benefit of ClientEarth, an organization pledged to combat climate change. The highly anticipated auction of more than 120 instruments and artefacts from David Gilmour’s personal collection created great excitement in the auction room as new record prices were set for contemporary musical instruments.

As predicted, the instruments most closely associated with iconic recordings such as Wish You Were Here and The Dark Side Of The Moon received astronomical bids from all around the world, the highest being the $3.9 million paid for David’s ‘Black Strat’ Fender Stratocaster. However, the generosity of bidders and collectors from around the world enabled proceeds across the entire collection to reach the sum of $21,490,750, including buyer’s premium.

David Gilmour described the result as “brilliant and unbelievable“, reiterating his support for ClientEarth in their cause to use the law to bring about real change. ClientEarth, a charity that uses the power of the law to protect the planet and its people, comprises lawyers and environmental experts who are fighting against climate change and to protect nature and the environment.

ClientEarth CEO James Thornton said: “This is a truly humbling and extraordinary gift, which goes beyond our wildest expectations. It’s difficult to express just how deeply grateful we are to David for choosing ClientEarth as the beneficiary of this historic auction. The law is one of the most powerful tools we have to tackle the world’s increasing environmental problems. This gift is a phenomenal boost to our work using the law to tackle climate change and protect nature. It will allow us to play an even greater role in addressing the climate crisis and securing a healthy planet for future generations.”