Death Dealer will drop their second full-length, Hallowed Ground, on October 2nd, via Sweden Music Group (SMG), and BraveWords is debuting their hard-hitting video for "Break The Silence" below:

Featuring members that have previously played with the likes of Manowar, the Dictators, Rob Halford, Lizzy Borden and Cage, Death Dealer are a true heavy metal force to be reckoned with, and 'Hallowed Ground' certainly proves this.

The follow-up to their over-the-top debut, Warmaster, features Sean Peck, guitarists Ross the Boss and Stu Marshall, bassist Mike Davis, and drummer Steve Bolgnese, and as always, Death Dealer is setting out to convert the metal masses to their brand of manly metal.

The 13-track CD was mixed and mastered by Stu Marshall at Frontier Studios in Sydney, Australia, and contains massively epic orchestrations, speed metal anthems, and sing along headbangers, as well.

Fresh off a summer European tour, Death Dealer are primed to rock the world with their killer new album.

"Hallowed Ground satisfies from start to finish…it is what metal should sound like!" --Ross The Boss 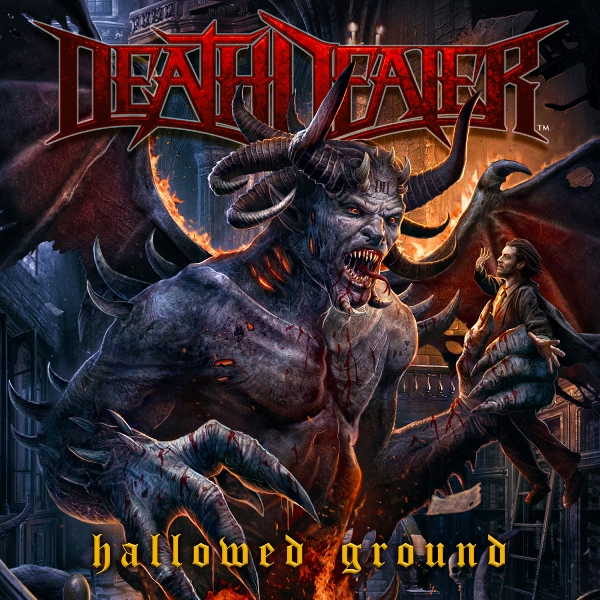